« Always rejoice, pray, and give thanks. | Main | Starting Out A New Year »

St. Bernard of Clairvaux once remarked that three miracles are reported in the story of the Annunciation:

That a virgin should conceive a child 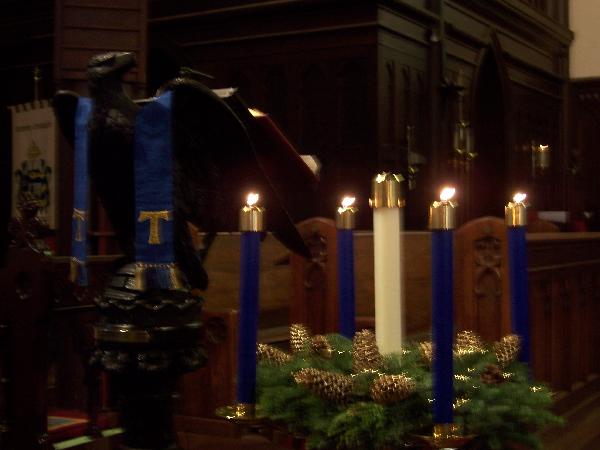 Commenting on the three miracles, Martin Luther said that the first is a trifle for God, the second is greater, and the third, that Mary should believe that the first two miracles would be accomplished in and through her, is the greatest.

God frequently wants to work miracles through us.  If by some miracle we happen to be listening and hear the divine voice, will we believe it enough to "let it be?"  Or, will we take a pass because it is too fantastic, an imposition, or something for which we are surely not worthy?

In the likely event God should get your attention and you are tempted to take a pass, remember that God's choice of people through whom to accomplish things leaves something to be desired by human standards.  The biblical record alone shows that God prefers to work the greatest miracles through unlikely people, from unlikely places, at unlikely times, and in unlikely ways.  There's a reason angelic messengers usually begin by saying, "don't be afraid."  Next time, as unlikely as it may seem, it could be you!

Whenever that happens, may faith conquer our fears and excuses so that Mary's prayer might be our own:  "Here am I, the servant of the Lord; let it be with me according to your word."