« Raising the Profile of the Church | Main | Do you have a corporate relationship with God? »

We all use judgment every day as we make and enact decisions, form and express opinions, determine and embrace truth.  Judgment is a process as well as the actions we take on the basis of the outcome of that process.

Here's the Webster's definition of judgment:

The process of forming an opinion or evaluation by discerning and comparing; an opinion or estimate so formed; the capacity for judging; DISCERNMENT; the exercise of this capacity; a proposition stating something believed or asserted.

Most of us make reasonably good judgments most of the time.  Problems arise when our judgments are faulty, wrong, or premature.  It's the premature ones that are on my mind today.

When we reach a judgment with too little discernment or investigation, we speak or act out on the basis of ignorance.  The position we have formed is not correctly oriented toward reality or is lacking in factual basis.  A rush to judgment is often referred to as prejudice, especially when it involves an individual or group of individuals.  It is harmful to relationships when opinions toward other people are formed and expressed in ways that discredit, disrespect, or demean them.  Something similar happens when our premature judgment has to do with a policy or viewpoint.  And, when prejudice involves both policies and the people who espouse or enact them, the consequences can be serious.

In a recent television series, a character made a statement that goes something like this: "Eternal ignorance is a result of failure to investigate."  I asked my Facebook network if anyone knew the origin of the statement, because it sounded like a quotation to me.  One of my friends shared a quotation from the Big Book of Alcoholics Anonymous.

"There is a principle which is a bar against all information, which is proof against all arguments and which cannot fail to keep a man in everlasting ignorance - that principle is contempt prior to investigation."

The concept expressed in that statement has become a part of the A.A. way of life.  It is often attributed to Herbert Spencer, although others believe it is derived from the writings of 18th Century British theologian William Paley.

Someone I once knew described prejudice as "a blend of arrogance and ignorance."  When I asked him to expand on that for me, he said, "it's when you are proud of what you don't know."

We owe it to our neighbors, whom we are called to love, to avoid rushing to judgment and to resist the primitive human inclination toward prejudice.  Prejudging others is behavior that is contrary to the vow we have taken in the Baptismal Covenant:

Q:  Will you strive for justice and peace among all people, and respect the dignity of every human being?

Overcoming the tendency to rush to judgment has to be intentional. Jesus offered some sound wisdom on the matter:

Stephen Covey puts it this way in Seven Habits of Highly Effective People, "Seek first to understand, then to be understood."

It is a simple principle. Yet our own experience and observation tells us it is difficult to apply. That's why our answer is, "I will, with God's help."  If we could accomplish it on our own, we wouldn't need God.  Prejudice is an offense against God because it is harmful to others and stems from a disregard for God's influence in our lives.  As such, it is practical atheism - we say we believe in God, but he just doesn't have much to do with how we live our lives.

Why is this on my mind today?  There are probably several reasons, but the main reason is a man who recently told me the story of how he embraced the Christian faith under the influence of Christian missionaries in his African village.  When he came to America to attend a university, he encountered racial prejudice.  He was so shocked that he believed the missionaries had lied to him and he rejected his faith. I had the privilege of presenting him to the bishop for Confirmation last Sunday.

While the story has a happy ending, I have to wonder how many others have been so hurt by prejudice - any kind of prejudice - that they have rejected Christianity and will never return.

So, let us pray today for the humility to look beneath the surface of our own limited perceptions in our search for truth and that all people - not just those who govern - may be led to "wise decisions and right actions for the welfare and peace of the world." 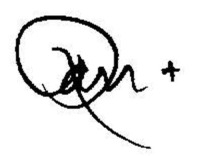 Posted at 07:30 AM in From the Rector, Lawrence, Meditation, Religion, Theological e-piphanies, Trinity Episcopal Church | Permalink

re: Your E-piphanies Glimpses into God at work in our lives with Fr. Ron Pogue - Rush to Judgement - subject: Prejudice."I asked my Facebook network if anyone knew the origin of the statement, because it sounded like a quotation to me." Here is one for you..."In every age and clime there is a seething moronic underworld. Its denizens are literate, the can read and write, but care to live at the level of their emotions and vote their prejudices" - INGALLS, John James, Senator from Kansas; born in Middleton, Essex County, Mass., December 29, 1833. As relevant today as when he penned it originally.