« A Fruitful Life | Main | A Message of Thanks and Farewell to Trinity, Lawrence »

Today I was reflecting on a favorite passage of scripture, Philippians 2:1-11, sometimes called the "Philippians Hymn" or the "Kenosis (meaning "emptying") Hymn."  The writer exhorts Christians to conduct themselves toward one another with humility and to have the same mind as Christ.

Who, I wondered, have I known that exemplifies such humility as described in this passage?

In a split second, a person and a situation came to mind.  In a way, it was a very small thing, almost imperceptible, but at the time it touched me and cemented my respect for this gracious person.

Gay and I were being introduced to the Vestry at Christ Church Cathedral in Houston.  We had been visiting with the Dean, Walter H. Taylor, and his wife Mary.  When it was time to go into the room where the Vestry was gathered, as we started through the doorway all four of us were together.  But when we arrived in the room, Mary was not with us.  The instant I realized she had waited out in the hallway, I knew why she did it.  She wanted us to be the entire focus of the Vestry's attention.  It was a simple, but profoundly thoughtful and gracious gesture on her part.  I've never forgotten it nor have I forgotten the lesson Mary taught me.  She stepped back so that we could step up!

Mary's gesture that evening exemplified Christian humility of the sort described in the Philippians Hymn and particularly the fourth verse, "Let each of you look not to your own interests, but to the interests of others."

Who have you known that exemplifies Christian humility?  Who in your life has stepped back so you could step up?  How has their example touched your life and taught you a lesson you needed to learn?

It's something to think about. 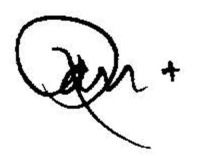