The Kirkin' o' the Tartan

On Sunday, November 26, we will observe the Patronal Feast of St. Andrew’s Cathedral. St. Andrew’s Day is officially November 30 and The First Sunday of Advent always is the following Sunday 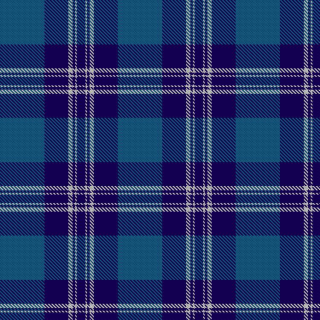 This year, we will observe the occasion with a service called The Kirkin’ o’ the Tartan. While the Kirkin' o' the Tartan service celebrates Scotland and Scottish heritage, it is a truly a Scottish-American custom. Stories abound of the Kirkin's roots being in days of the Act of Proscription, when the wearing of the kilt was banned in the Highlands. According to the legend, Highlanders hid pieces of tartan and brought them to church to be secretly blessed at a particular point in the service.

Plan to wear your tartan to worship on November 27. During the 8:45 and 11:00 a.m. services, we will bless the tartans. If you don’t have a kilt, vest, skirt, sash, tie, or other garment made of your tartan, just bring a swatch.

And, if your ethnic heritage is other than Scots, bring whatever token you have that represents that heritage and we’ll bless that too!

Now, a word about our Patron Saint. Andrew, whose name means "manly," was the first apostle of Jesus Christ. He had previously been a follower of John the Baptist, but when John proclaimed Jesus "the lamb of God," Andrew went with Jesus and spent a day with him. It is not recorded in the Bible, but tradition says Andrew was crucified as a martyr on a Crux Decussata, or X-shaped cross.

The Gospels record three episodes in which Andrew brings people to Jesus. Immediately after he responded to the call of Jesus, Andrew found his brother Simon (later called Peter) and told him "We have found the Messiah" (John 1:41). He brought Simon to meet Jesus. Matthew notes that Simon and Andrew dropped their fishing nets and followed Jesus as he was passing by. It was Andrew who brought a boy with two fish and five barley loaves to Jesus, who multiplied them to feed 5,000 people (John 6:8-13). Philip and Andrew brought some Greeks to Jesus who wanted to meet him (John 12:20-22). The example of Andrew inspires us to invite people to know Jesus Christ.

Here's the Collect for the Feast of St. Andrew the Apostle.

Almighty God, who gave such grace to your apostle Andrew that he readily obeyed the call of your Son Jesus Christ, and brought his brother with him: Give us, who are called by your Holy Word, grace to follow him without delay, and to bring those near to us into his gracious presence; who lives and reigns with you and the Holy Spirit, one God, now and for ever. Amen.