An Epiphany From Seed Corn 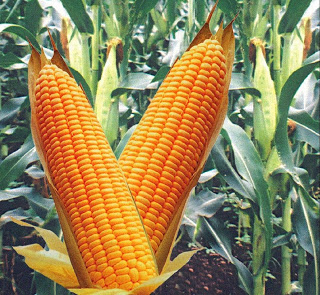 I came across this story today. It's been around a while, but I had not seen it before. It speaks beautifully about our need to care for one another and seek each others' welfare.

There was a farmer who grew excellent quality corn. Every year he won the award for the best grown corn. One year a newspaper reporter interviewed him and learned something interesting about how he grew it. The reporter discovered that the farmer shared his seed corn with his neighbors. “How can you afford to share your best seed corn with your neighbors when they are entering corn in competition with yours each year?” the reporter asked.

So is with our lives... Those who want to live meaningfully and well must help enrich the lives of others, for the value of a life is measured by the lives it touches. And those who choose to be happy must help others find happiness, for the welfare of each is bound up with the welfare of all...

Looking for God Too High Up and Too Far Away

The play "Inherit the Wind" is a dramatic account of the 1925 Dayton, Tennessee trial of John Thomas Scopes, a schoolteacher who taught the theory of evolution in defiance of a state law prohibiting the teaching of any doctrine contrary to the Bible. The prosecutor was William Jennings Bryan. The defense attorney was Clarence Darrow. Bryan won the "The Monkey Trial," and Scopes was fined $100. Several days after the trial ended, Bryan died. In the play, the character representing reporter H.L. Mencken, after hearing of Bryan's death, says to Darrow, "Why should we weep for him? You know that he was-a Barnum-bunkum Bible-beating blowhard." To an agnostic Mencken, Darrow says of Bryan, "A giant once lived in that body. But the man got lost - lost because he was looking for God too high up and too far away."

In the 13th chapter of Matthew, we find Jesus in the midst of his Galilean ministry. Jesus had previously employed comparative and figurative analogies, but at this point Jesus chooses to teach in parables.  James A. Fowler provides an interesting explanation of parables:

The Greek word for "parable" is derived from two other Greek words, para meaning "beside" and ballo meaning "to throw." Literally, then, a parable is an illustrative story that is "thrown alongside" or "placed side by side" a similar or comparative concept. A parable brings parallel ideas together by drawing a figurative word-picture to illustrate a particular thought. It is often a thought-provoking analogy that leaves the mind of the listener in sufficient doubt as to its application that it stimulates further consideration thereof … This enigmatic nature of a parable allows the story to function as a pictorial ponderable, which leaves an image on one's mind to be considered again and again. As such, the Biblical parables grate against dogmatism and the fundamentalistic desire to have everything figured out and nailed down in precision of under-standing. When attempting to interpret Jesus' parables the issue is not so much whether we "get it" figured out, as whether Jesus "gets to us" by planting a glimmer of His divine perspective of spiritual realities. The parable serves as a dum-dum bullet shot into our brain, which then explodes and begins to color our thinking in accord with the "mind of Christ." (Parables of the Kingdom, James A Fowler, 1996)

The parables of the kingdom, which we will be reading on the next four Sundays, challenge us to look beyond the obvious in our search for the realm where Jesus reigns and into which he invites us to live abundantly. We can get lost in our search by looking for God “too high up and too far away.” God’s realm, as Luke tells us, is to be found within and between us - close in, as near as heartbeat and breath and hands touching. Jesus’ parables call us to look at things in a new way and discover the abundant life we’ve been looking for all along right under our noses, even in the weeds and the dark corners where we'd rather not look.

P.S.  Enjoy this recording of the Cambridge Singers performing John Rutter's setting of Psalm 119:18-24, "Open Thou Mine Eyes."

Posted at 08:28 AM in Discipleship, Episcopal Diocese of Ft. Worth, From the Rector, Keller, Texas, Meditation, Parables, St. Martin-in-the-Fields, Theological e-piphanies | Permalink | Comments (0)